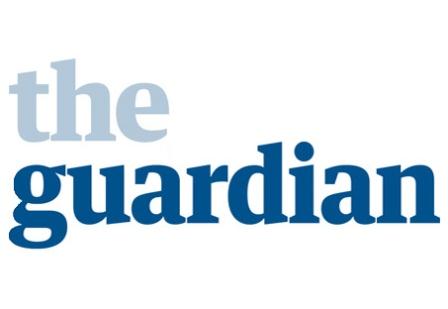 The Guardian to end print?

The Guardian, which has arguably become the world’s most sophisticated digital news operation, may be contemplating an end to its printed newspapers. That may have been signalled by the recent decision to cut 180 jobs (or 12% of its UK workforce) as a result of Covid.

Guardian Media Group has estimated its Covid losses at £25 million , in advertising and copy sales shortfall. As a result, its seven-day UK print newspapers may now be lossmaking – at a time when less than 50% of its UK readership reads the newspaper, and its digital editions in North America and ANZ are profitable in their own right.

The Guardian reported revenue of £223.5million for the past last year (£224.5m the year before) and a cashflow loss of £29 million (compared with £28 million). The losses fall broadly within the range of expected earnings from the £900 million investment fund operated by its Scott Trust parent.

But, tellingly, newsstand print sales, at £49.3m, were 50% down compared with 2016. Last year, print accounted for 42% of revenue (£94 million) and an estimated £75 million of production, distribution and marketing costs. So, the printed newspaper may last year have delivered almost £20m of real profit. But now Covid is pushing it into losses from which it may not be able to recover – without dramatic change.

Although it would stabilise the company and make it profitable for the first time in a decade, a decision to stop printing The Guardian newspaper would still be controversial. But signs that a game-changing all-digital strategy is now under consideration may include:

The reason for cutting back the costs of what has been a lucrative Saturday edition may, therefore, be either 1) that print advertising has fallen so sharply that the magazine supplements have become unaffordable or 2) that The Guardian is preparing to scrap printing altogether. Or both.

The management may already have concluded that any plan to print a newspaper only on certain days (including the weekend) will not be viable. Much of the experience (especially of the Newhouse family’s Advance newspaper group in the US) seems to show that reducing the daily frequency seldom works: once the daily habit is broken, newspaper buyers quickly seem to stop buying the paper altogether. A consolation print option could be the expansion of the 101-year-old news magazine Guardian Weekly which claims readers in more than 170 countries.

We may assume that The Guardian’s weekday newspaper sales have now fallen to 70,000 or so and that a likely reduction in retail outlets – as a result of decreased newspaper and magazine sales – will make it even more difficult to get back to where they were. Last year’s decision by Aldi, the UK’s fifth supermarket chain, to stop selling newspapers won’t have helped.

The contrast with digital could not be greater. The Guardian has 160 million monthly uniques across the world, some 25% in the UK. More striking, though, are those digital editions in North America and Australia/New Zealand which, respectively, have advertising revenue of £25 million and £11 million. These are now strong operations, evidenced by Australia where The Guardian is the fourth largest online news service with an audience of 11.6 million (more than 50% of the adult population) – ahead of News Corp’s national daily, The Australian.

The Guardian has become a huge digital success, not least in markets where it has not, in any sense, had to compete with the printed newspaper.

Although The Guardian again finds itself enmeshed in cost-cutting drama, it is nothing like the crisis of four years ago. That was when longtime editor-in-chief Alan Rusbridger quit, after helping to make it an international Pulitzer-winning brand with electrifying global scoops,.

Rusbridger’s 20 years at the helm had suddenly been buried by an avalanche of stories about The Guardian’s financial woes. In 2015 and 2016, it had burned through a total of some £300 million. The embattled company told employees it was headed for a further cash burn of £90 million in 2017, needed to cut staff costs, reduce its overheads and perhaps even scale-back its international ambitions. It was a familiar enough scenario for daily newspapers.

But The Guardian’s descent into seemingly permanent lossmaking had followed a record 2011 EBITDA profit of almost £50m. Rusbridger’s expansion had always seemed more like a mission than a business plan. It was all about a free web site, with no plan to sell subscriptions, and only a vague idea of how to grow digital advertising sales, especially in the intensely competitive US market.

The Guardian is a liberal newspaper which – until 1959 – was known as the Manchester Guardian and was based in the UK’s industrial north-west. The big change came after its longest-serving editor Charles (C.P.) Scott bought the newspaper which – over 57 years – he had built into a nationally-recognised daily. He bequeathed it to a charitable trust which was pledged to maintain both its independence and its liberal politics, and to reinvest whatever profit it made. The pledge had survived the trust’s conversion into a limited company which now also publishes The Observer, the world’s oldest Sunday newspaper.

The way this unique ownership structure emboldened the flagship paper was highlighted by Rusbridger who became editor-in-chief in 1995. He led the 2011 exposé of phone hacking and criminality by News Corp journalists in the UK.

It was a Watergate moment and helped to define The Guardian, especially for its new audiences outside the UK. It had come four years after the launch of Guardian America through which Rusbridger had sought to capitalise on his already substantial online readership. In 2010, with other news brands including The New York Times and Der Spiegel, he produced reports on the war in Afghanistan from a huge cache of classified documents discovered by WikiLeaks.

In 2013, The Guardian won a Pulitzer for its coverage of the US National Security Agency documents leaked by Edward Snowden. The revelations made the paper one of the world’s most visible news services, in much the same way as CNN had rocketed to global recognition as virtually the only news organisation in Baghdad at the start of the 1990 Gulf War. But there was a difference.

Unlike CNN 20 years earlier, The Guardian’s financials were not transformed by its exclusive reporting. The digital-savvy paper managed to build a large reputation but little revenue, and that’s how it continued. But it always had a legion of admirers. The Economist had described it as “the most stylish paper in the hyper-competitive British quality pack, the wittiest and best-designed, the strongest for features, the one most likely to reflect modern life.”

The Guardian’s financial reserves had been piled up primarily by an early 50% investment in UK digital winner AutoTrader. It eventually produced a windfall profit of more than £600m that has become a £900m investment fund. Rusbridger reasoned that the gains would help to bankroll his paper’s global digital development until it became profitable. But that was before newspapers got caught in the unending avalanche of falling print revenues and low-growth, low-yield online advertising.

After almost 10 years of hoping that the promise of a bright new future was somehow guaranteed by soaring (free) web audiences, The Guardian and newspapers everywhere started to panic.

Alan Rusbridger stepped down in 2015 after a reign characterised by great investigative journalism, but also by a profligacy that had seen the newspaper increase its staffing and costs throughout a decade when even its sleepiest competitors were doing the reverse.

He had been due to become chair of the newspaper’s parent Scott Trust in 2016. But his successor as editor-in-chief, Kath Viner, and new CEO David Pemsel persuaded trustees to withdraw the offer to their would-be boss, who angrily packed his bags.

The New York Times, Washington Post, Wall Street Journal, Financial Times, and The Times of London have all built their revenue strategies around selling digital subscriptions with a paywall. But The Guardian’s mission has been to spread liberalism which can’t work as well if your content isn’t widely accessible. The Guardian makes its folksy appeals (“We have a small favour to ask…”) to a committed readership who pay to avoid ads online, or just donate money for the cause. Pemsel-Viner worked their magic and stopped the losses. It was a transformation both of costs and revenue.

But last year, after three successful turnround years, David Pemsel quit to join the English Premier League, before a sexual harrassment case squashed his reputation and job prospects. He was succeeded at The Guardian by Annette Thomas, a very digital scientist-turned-CEO.

The newspaper company, which has created strong and profitable digital services and has data engineers working closely alongside journalists, must now sort out its legacy business.

Harvard’s Nieman Journalism Lab describes The Guardian as “a weird newspaper” because: it has nearly two-thirds of its readers coming from outside its own country; started in one city and moved to another; and is owned by a trust that mandates it promotes liberal journalism in Britain and elsewhere.

It’s quirky, of course, but it has found a way to thrive in a world which needs to support those prepared to fight for the future of journalism.

However soon it decides to end printing, there will be a lot of noise in the meantime. Daily newspapers are emotional places, especially given the ownership of The Guardian and its role as a global campaigner for journalism. Even before the printing presses are silenced, The Guardian has achieved what few other dailies have: it gets most of its revenue from digital (not print) and from readers (not advertising).

For all the mantra about keeping the losses within the limits of its projected investment returns, The Guardian’s management knows it has to find a way to become profitable; anything else eventually becomes unstable, as 2020 shows. Its advantage is that it is not ‘not-for-profit’ so much as it is ‘not-for-dividend’: any profit would be reinvested.

The role of the Scott Trust, in addition to appointing and directly managing the editor-in-chief (albeit as a result of voting by journalists), is to preserve The Guardian’s journalism “in perpetuity”. Traditionalists may argue that this should ensure the preservation of print. But UK readers – like their counterparts around the world – are voting with their time and money for The Guardian as an all-digital service. It’s almost there. 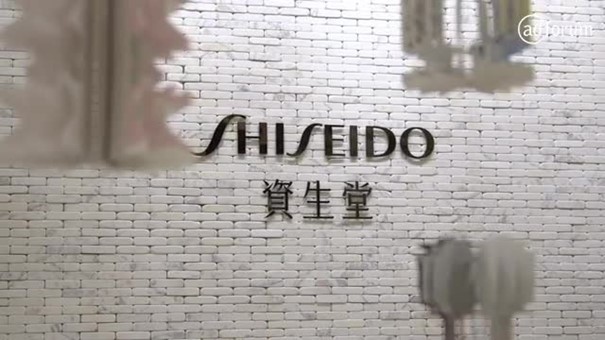 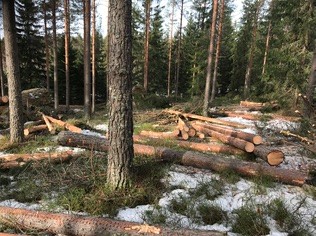 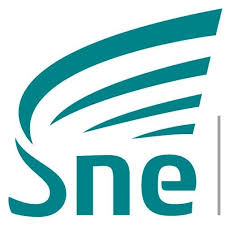 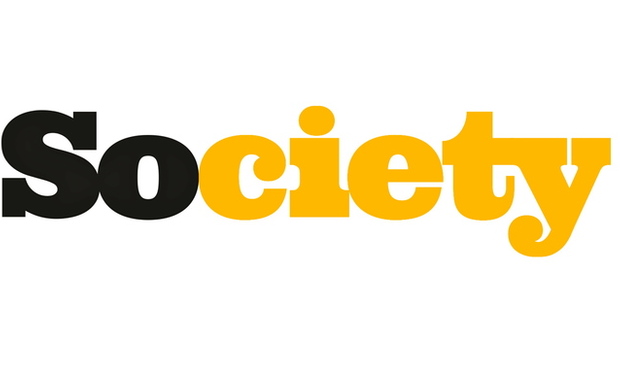 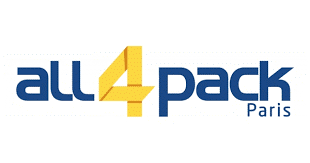