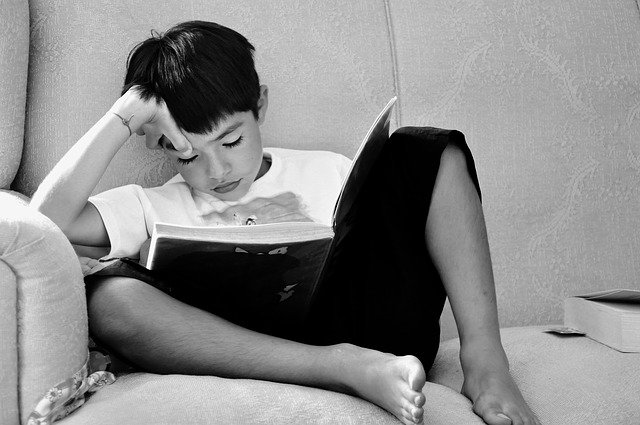 The shares of American 9- and 13-year-olds who say they read for fun on an almost daily basis have dropped from nearly a decade ago and are at the lowest levels since at least the mid-1980s, according to a survey conducted in late 2019 and early 2020 by the National Assessment of Educational Progress (NAEP).

Among both age groups, the percentages who said in the 2019-20 school year that they “read for fun on [their] own time almost every day” were at their lowest points since the question was first asked in 1984, according to the survey, which was fielded among U.S. public and private school students before the COVID-19 outbreak. It is unclear whether the pandemic may have changed these patterns. 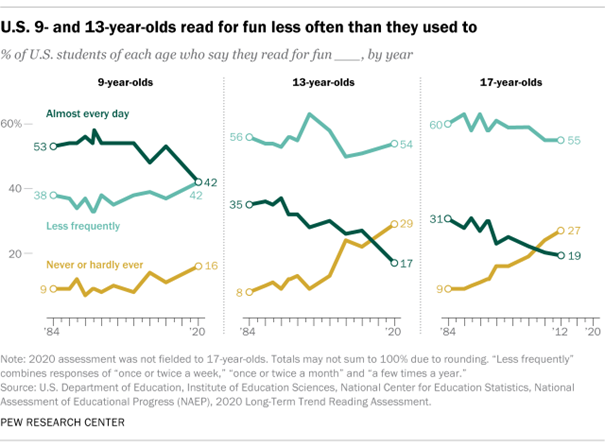 How we did this

The NAEP’s questionnaire has historically asked 17-year-old students how often they read for fun, but that portion of the 2020 survey – scheduled to begin last March – was canceled when many schools moved instruction online at the beginning of the COVID-19 outbreak. When the question was last asked in 2012, just 19% of 17-year-olds said they read for fun almost every day. Around a quarter (27%) said they never or hardly ever read for fun. 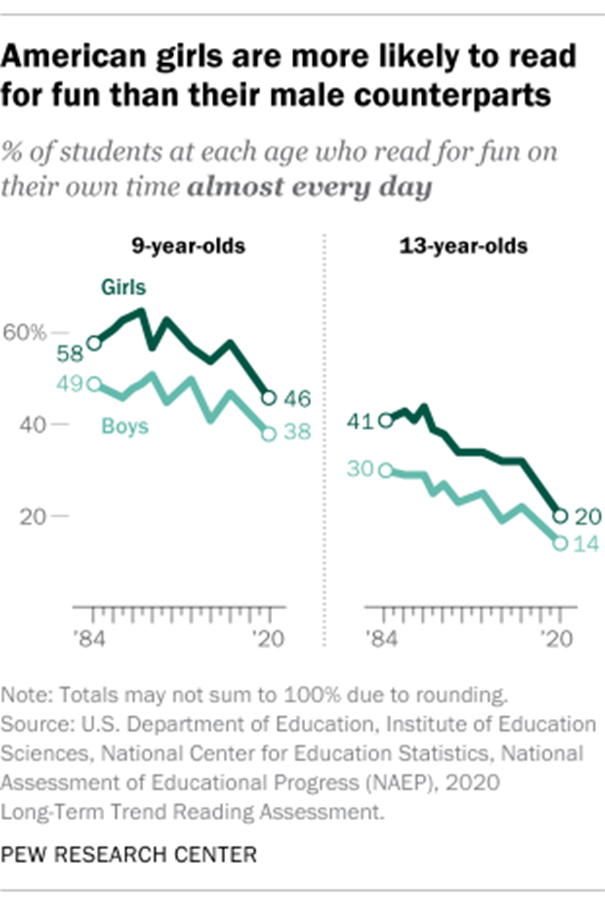 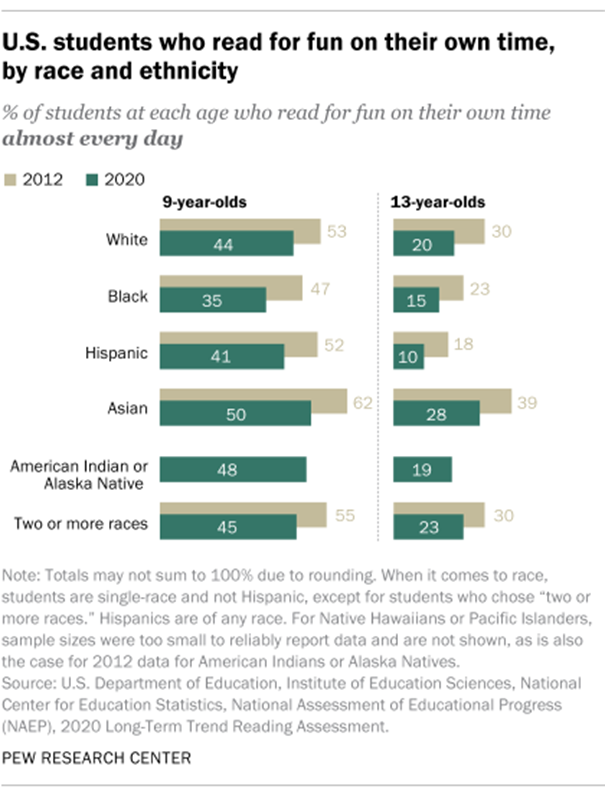 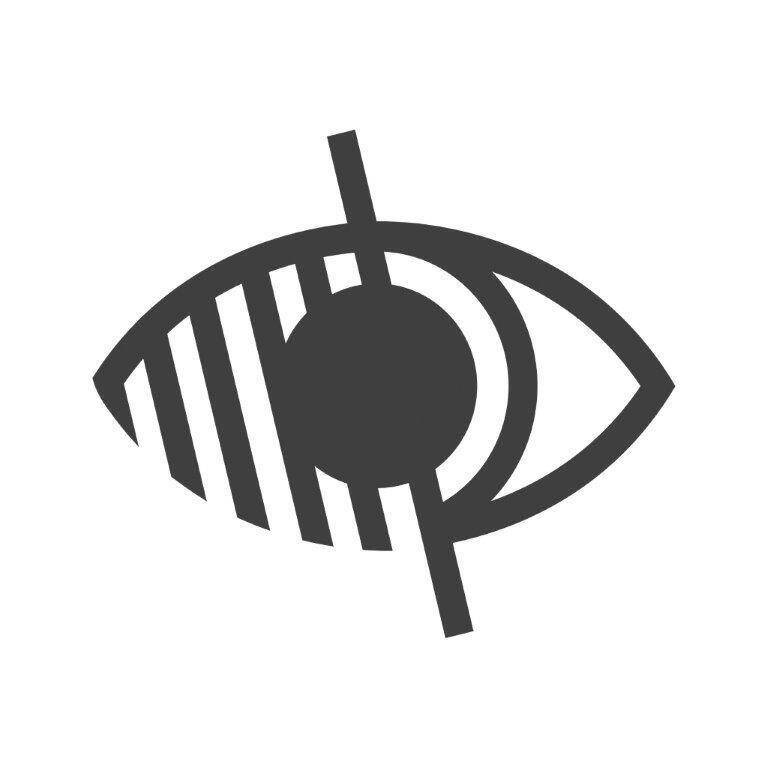 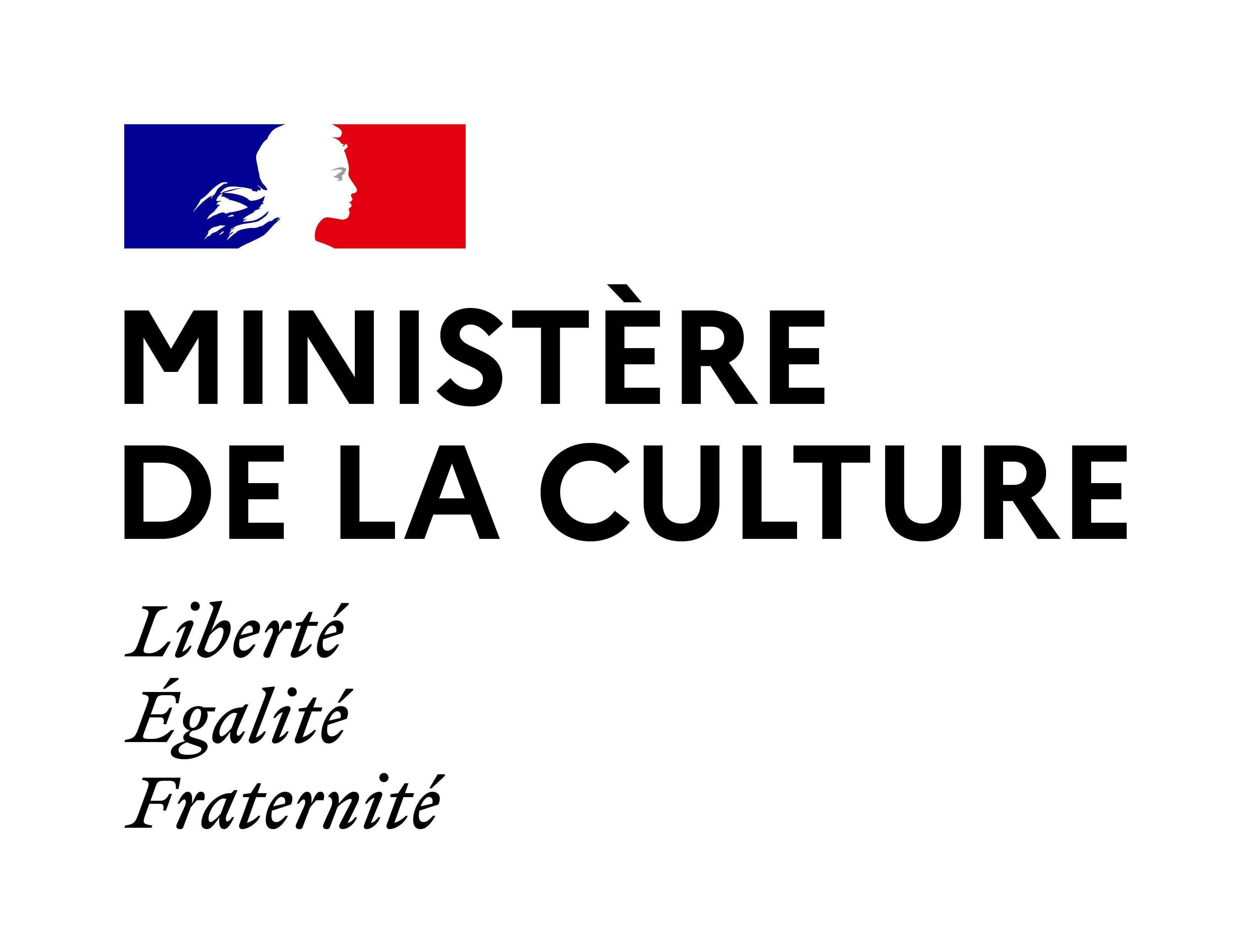